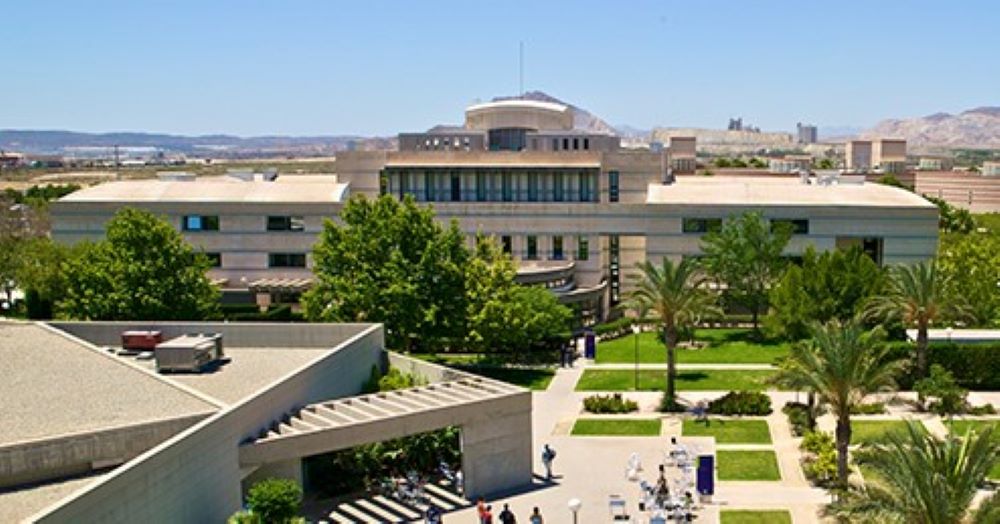 Lex ESP V Conference The Words of the Law

The conference write-up is in two parts, here is day two. You can read about day one here.

If you have any questions about the conference, send me an email.

‘Benefit Solely From’: A Case Study in Using Language Corpora to Resolve Ambiguity (or Not)

Day two of the conference kick started with John Williams who spoke about how language can be ambiguous with particular reference to ‘benefit solely from’.

John described that often when a term is ambiguous, we look to its context in order to understand the meaning. He recalled a story about when he was in hospital at around the age of seven and the nurse asked him ‘Have you been to the theatre yet?’. John replied ‘Yes my uncle took me last week to see Pinky the mouse’. John at this age considered ‘theatre’ to mean the place of Shakespeare, Ibsen, Chekhov and ….. Pinky the mouse. Whereas the nurse had meant the type of theatre which is located in a hospital where operations take place. His ability to contextualise at this point was still developing.

John mentioned that as adults in conversation we often help each other to reach a common understanding, and yet sometimes this is not possible. This was the case John found himself in when dealing with interpreting an ambiguous phrase ‘benefit solely from’ within a legal document written by a recently deceased woman – which took many years to resolve.

John’s presentation gave a real life example which clearly demonstrated an important point to translators as well as legal English students and teachers – when terms are ambiguous they can generate major legal problems, which take time and cost money to resolve.

During the Q&A the translators present showed a general consensus that when they are faced with the task of translating an ambiguous term the should first and foremost try to consult the client to resolve the ambiguity and seek clarification, and if this is not possible then they should try to translate the text keeping the ambiguity in the target language avoiding disambiguating as far as possible.

My #Padlet of notes from #LexESP : the Language of the Law. Includes my slides. Many excellent contributions. Apologies for any misrepresentation. Thanks to the organizers for the warm welcome. https://t.co/r1JHJeNeLM

Words Matter but so does Context: An Alarming Case of Translating Organized Crime Surveillance

Juliette Scott (also From Words to Deeds blog)  gave a fascinating presentation about the challenges which face legal translators. Juliette has many years experience of translating documents especially for criminal trials, and spoke about the difficulty of receiving a transcript of a voice recording (without the actual recording) which is to be used as evidence in a criminal trial and having to translate it. The nuances which you can perceive from listening to a conversation are lost with a transcript and therefore the translator may make mistakes in translating ambiguous terms. Yet nine times out of ten translators are not given access to recordings. Take for instance the Italian ‘Va bene’ which could mean – Ok/ whatever/ yes I totally agree/ Hmm…. I guess. Or for instance the Portuguese ‘Droga’ which in different contexts and said with a different pitch or inclination could mean anything from ‘cool’ ‘shit’ or ‘drugs’.

Juliette gave some chilling examples which successfully demonstrated how vital the task of the legal translator is. She referred to some specific cases, which hinged on the translation of certain phrases, in which one interpretation would incriminate the defendant and the another could render him innocent. Here the stakes are high – a person’s liberty, and yet it rests in the hands of a profession which is highly undervalued, underpaid, and under resourced. Juliette’s book ‘Legal Translation Outsourced’ (Oxford University Press) is coming out in Autumn 2018.

Yolanda Joy Calvo Benzies presented her work as a legal English teacher. She highlighted how speaking skills can be improved by doing speaking activities such as simulating a job interview. She gave the case study of a job interview used in her university which proved effective in helping students to use legal vocabulary effectively.

In the Q&A some participants mentioned that very often students’ speaking skills are lacking and that sometimes students majoring in Law are not required to take English classes, despite it being an incredibly important skill. Miguel Campos highlighted that if you learn English you can travel, study and potentially work in any country in the world as it opens up great opportunities.

David Best, President of the European Legal English Teachers’ Association, explained that EULETA supports legal English teachers throughout and beyond Europe, promoting and running events for development, improving teaching standards and networking as well as providing a number of benefits for members.

EULETA has an upcoming EULETA conference in Split, Croatia in September 2018 in which participants will not only be able to enjoy a range of legal English presentations, but also an interesting cultural and social programme involving boat trips and dinners.

If you are interested in attended sign-up before the 31st May 2018 to take advantage of the Early-Bird Price.

The Importance of Being Patterned. Old and New Perspectives on Legal Phraseology

Gianluca Pontrandolfo presented old and new ways of studying legal phraseology. Gianluca highlighted that firstly what constitutes ‘legal phraseology’ is in itself difficult to define, as it could constitute simply one word legal terms (as the Plain English Society’s Glossary of Legal Phrases seems to show) or on the other hand it could relate to units such as collocations ‘to charge somebody with a crime’, binomial, trinomial and multinomial expressions ‘null and void’.

Nowadays there is a tendency to have a more flexible approach as to what constitutes legal phraseology. Throughout the presentation Gianluca referred to a number of methodological tools and legal resources such as:

With reference to many papers for example ‘TermWise: Leveraging Big Data for Terminological Support in Legal Translation‘ Heylen et al (2014).

A Comparison of Two Methods for Teaching and Learning Legal English Vocabulary and Skills. The EMI – CLIL Challenge

CLIL courses do require a certain level of proficiency and can be difficult to teach if there are varying levels of English.  However, Isabel highlighted the necessity for teachers to turn the language problem into language potential.

Isabel’s case study, in which students were taught a CLIL law course at her University, showed that local students had a more positive response than international students, which could be due to a number of factors – for example the local students were more accustomed to ‘boring’ lectures and therefore were quite excited about the interactive CLIL classes, whereas some of the international students, for example, French, were more accustomed to this style of teaching and therefore were not so enthusiastic about it.

Ekaterina Sinyashina spoke about the use of videos in order to acquire new legal English vocabulary. In her case study students with B1 and B2 proficiency levels of English, with little legal English knowledge were separated into two groups incidental and control group. One group had to watch a series of subtitled authentic legal videos about crime ‘Forensic Files’ available on Youtube whilst the other group did not. Target words were chosen for students to be able to remember and they were tested after in order to understand how many repetitions were necessary in order to acquire legal vocabulary. The test suggested that 11-14 repetitions are necessary.

Raquel Martinez Motos highlighted that court judgments can be a great didactic tool for teaching legal English and translation. Judgments allow students to see differences between legal systems, learn and understand new legal English vocabulary and they are readily available online via:

Aurelia Nicoleta Pavel-Dicu and Luminita Mihaela Neagu spoke about the legal concept of ‘dolus malus’ in different jurisdictions developed from Roman law as well as Anglo-Saxon law.  Dolus malus equates to intent + dishonest act + premeditation and the equivalent concept in English they concluded is ‘fraudulent misrepresentation’. They referred to the term dating back to Roman times in which it was recorded that Pythius deceived Canius as recorded in Cicero: ‘De Officiis, Book III’.

Aurelia Pavel-Dicu & Luminita Neagu on dolus kick off last panel at #LexESP @UA_Universidad showing us that deception is not a recent phenomenon… pic.twitter.com/pHEhkTU0jK

Discourse on Reproductive Rights in the ECtHR Case Law and Blogs

Jekaterina Nikitina spoke about multi-word terms used in surrogacy cases, comparing three court judgments of the supranational ECtHR in English and blogs on this topic which provided commentary on the court cases. Using a corpus of 100,000 terms she was able to understand which words were the most frequent as well as recognise the difference in vocabulary used by blogs in comparison to the judgments. Jekaterina used tools such as WordSmith Tools 6.0 and Termostat 3.0 in order to carry out her research.

Terms in cutting-edge areas of law with Jekaterina Nikitina #LexESP @UA_Universidad in case law and blogs on bioethics, surrogacy pic.twitter.com/2JrJfRtRYg

Cristina Silwa Vega presented her constrative analysis of the terms ‘Act of God’ (English) ‘Fuerza Mayor’, ‘Caso Fortuito’, (Spanish) and ‘Cas Fortuit’ (French) often found in contracts. Her research found that there are differences between these terms due to the development within the particular jurisdiction and therefore they are not exact equivalents for translation.

Diminuitive Meaning and Legal Argumentation: Phraseologies with ‘Little’ in US Supreme Court Opinions

In the Q&A the point was raised that by simply adding the article ‘a’ to most of the phrases Magdalena spoke of gives the opposite meaning. For example, ‘little need be said about x’ = ‘We won’t say much about x’ whereas ‘a little need be said about x’ means that ‘something must be said about x’.  Additionally, although there was some surprise in the use of these phrases in the courts, at least in British English the usage of ‘little’ in such phrases would be more commonly used in formal contexts and by people of a high-level of education or class, therefore, the usage in the courts where judges tend to be of these background is not surprising when we consider this context.

Rounding off a great 2 days we have Magdalena Szczyrbak on diminutives in US Supreme Court opinions… good things come in “little” bundles 😉 pic.twitter.com/IdA2G9XaKL

As the conference came to an end, Miguel Campos and his Secretary José Ramón Calvo Ferrer gave the final words. It was a fantastic conference full of interesting people with good ideas about legal English.  I learnt a lot about legal English teaching resources as well as information in the area of translation. Finally, after some post-conference socialising, when it was time to leave, the skies opened up and in the pouring rain we were kindly escorted to the bus station in the university’s very convenient gold-buggies! A great end to a great conference.

Our fantastic hosts wish us farewell after an excellent event #LexESP @UA_Universidad. Hat tips and grateful thanks in spades.

I am a native British-English speaker, I’m a legal English teacher and the Founder & Producer of Study Legal English.
Conference: Day 1 LexESP V – The Words of the Law (26.04.18) Word of the Week: Case Brief