Word of the Week: Justice/s (noun) 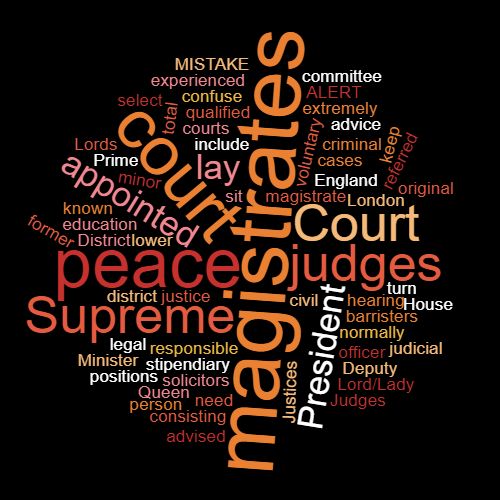 Definition: Of course justice refers to ‘fairness’ but there is another meaning: Judges in the Supreme Court of the UK are known as ‘justices’ and in court are referred to as ‘My Lord/Lady’. There are a total of 12 positions in the Supreme Court consisting of a President, Deputy President and 10 Justices. They are extremely experienced and are appointed by the Queen on the advice of the Prime Minister who is in turn advised by a select committee. The original justices of the Supreme Court were the former judges from the House of Lords.

Example: Most cases in the Supreme Court require a sitting of five justices.

This word features in Episode 49 of the Study Legal English Podcast.

I am a native British-English speaker, I’m a legal English teacher and the Founder & Producer of Study Legal English.
Top 10 Things To See and Do At the UK Supreme Court Word of the Week: Constitution